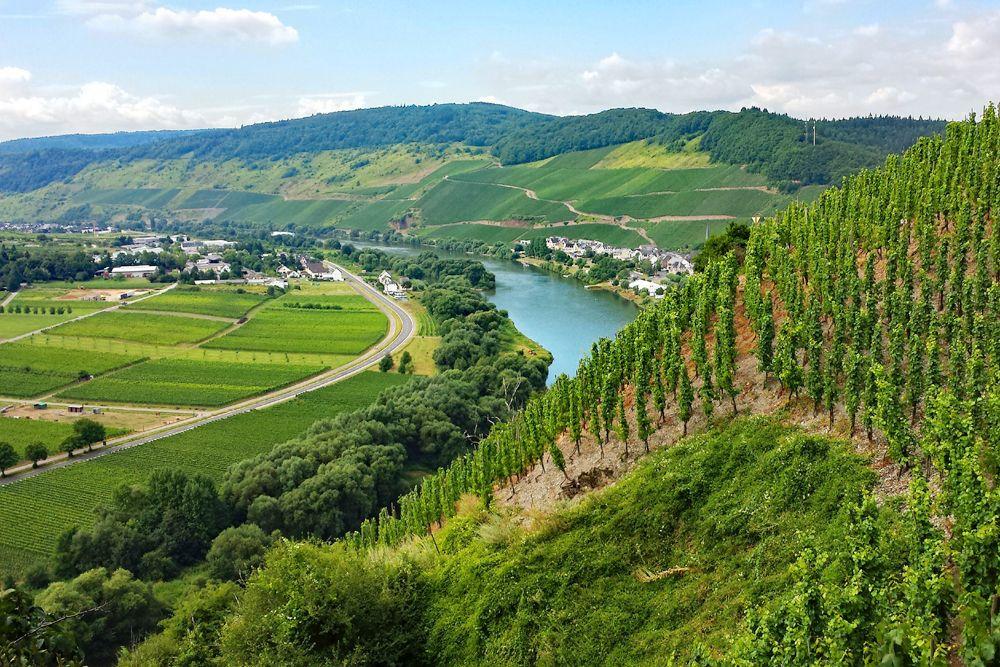 Viticulture on the Moselle goes back to the Romans, who first cultivated vines here in the 1st century BC. The typical Moselle wine is almost always a white wine.

White wines:
In France, you will find viticulture in some of the villages just before the Dreiländereck (border triangle). The varieties grown here are mainly Gewürztraminer, Pinot Gris, Riesling and Silvaner.
Elbling was the main grape variety grown in Luxembourg until the 1920s. While it is still grown today and mostly used for sparkling wine/Crément, the varieties Müller-Thurgau, Auxerrois, Pinot Gris, Riesling and Pinot Blanc are more important. Local specialties include Gewürztraminer, Chardonnay and Muscat Ottonel.
In Germany, Riesling is the most prolific variety by far, followed by Müller-Thurgau, Elbling, Kerner and Pinot Blanc. Bacchus can also be found here, along with a large number of other varieties that are cultivated by individual winemakers.

Red wines:
The Moselle is traditionally not known for red wines. Where red varieties are grown, these are mostly Spätburgunder/Pinot Noir, accounting for around 7% of wine cultivation in Luxembourg and around 4% in Germany. There is also some Dornfelder.

The Moselle valley is severely affected by climate change, which will lead to lower yields, especially for Riesling. 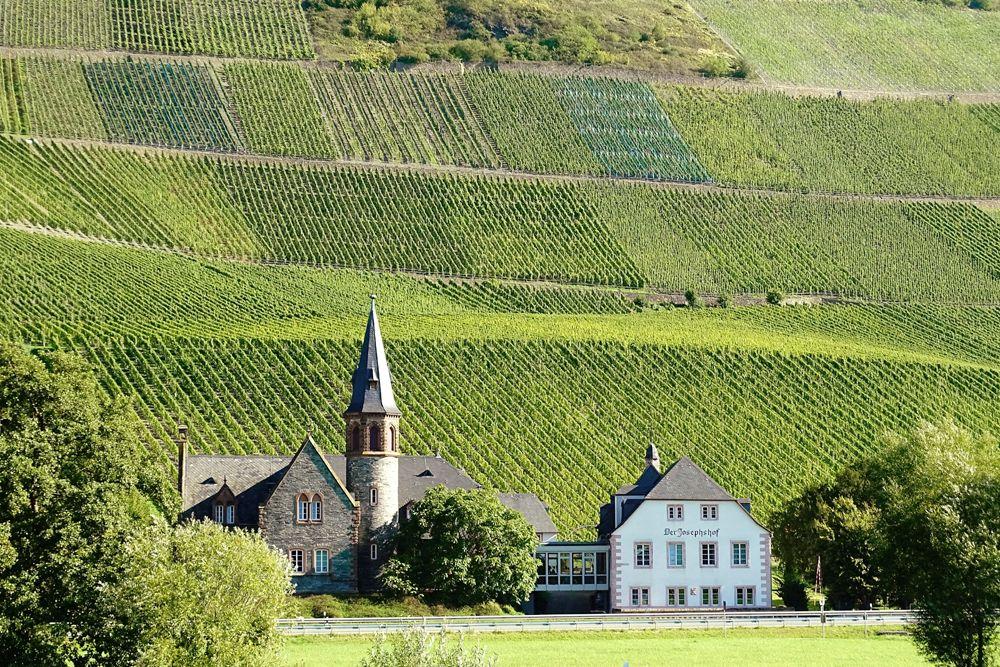 Terroir:
The soils on the Upper Moselle between the Dreiländereck (border triangle) and the mouth of the river Saar are made up of shell limestone and Keuper, while on the Middle Moselle to around Zell they consist of Devonian slate and on the Lower Moselle of clay slate and greywacke. Due to the region’s topography, vineyards stretch along the slopes, which can reach an incline of 65 degrees.
From a wine law point of view, there are the areas of Vignoble de Lorraine/Moselle, the Luxembourg Wine Route and Moselle (formerly Mosel-Saar-Ruwer). What is striking is that there is still a high proportion of vines with single stake training, however, during recultivation and land consolidation this is switched to trellis wire frames. Monorack tracks enable viticulture on steep slopes. 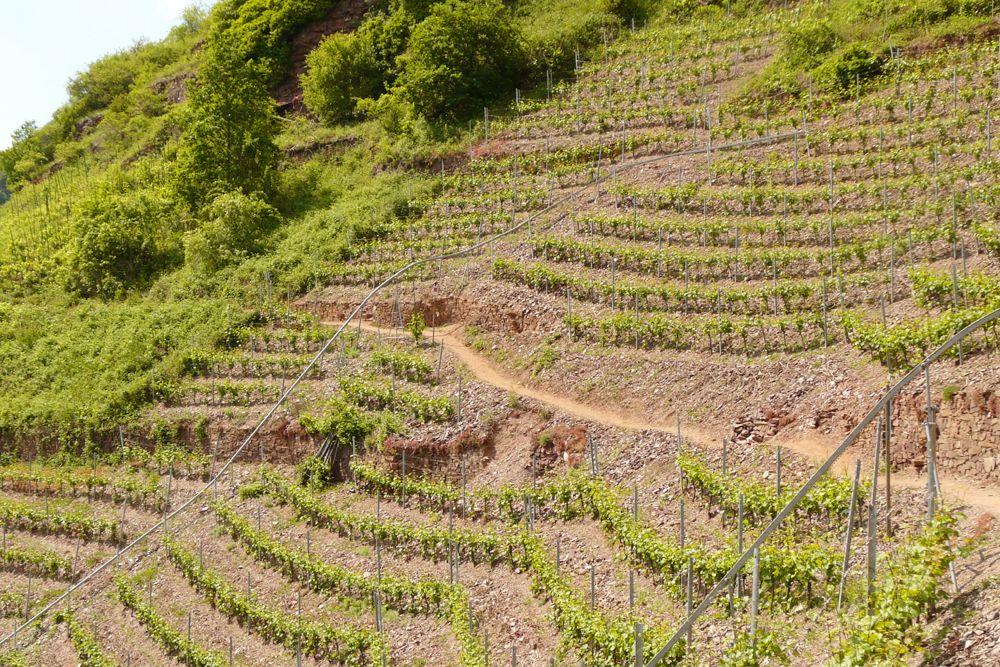 Winegrowers:
There are many large and small wine-growing businesses on the Moselle. Many of these market their products themselves, which include wines, sparkling wine, brandies and liqueurs. Moselle wines are also exported globally. You’ll find many wine bars and taverns in this region, along with wine festivals in the warmer seasons.
You will find a selection of excellent winemakers in the Falstaff Gourmet-Magazine. 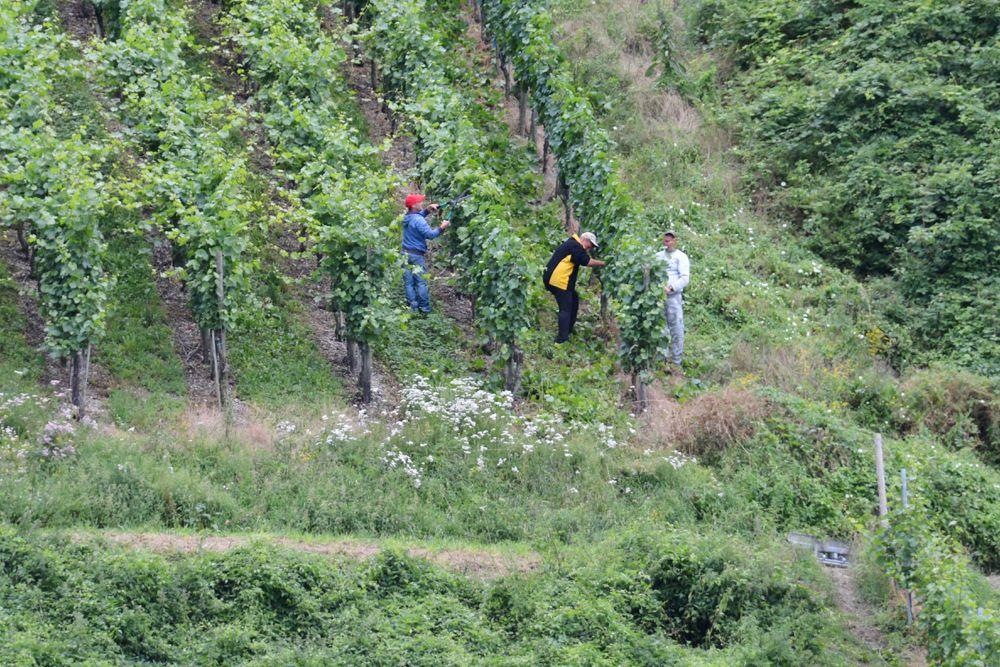